News / Press Releases 01 July 2022 Hits: 314
Lugo di Ravenna (1 July 2022) - Teleco is presenting a new affordable infotainment system with a wide range of features at the Caravan Salon in Düsseldorf. The T-CPA70 DAB system’s large glossy 6.8-inch touch screen allows you to keep an eye on and control the main apps available on your Android smartphone or iPhone. The new Teleco system integrates a DAB digital radio and GPS receiver. It can be installed on the dashboard of vehicles capable of accommodating double DIN products, such as Fiat Ducato, Citroën Jumper or Peugeot Boxer, to name a few examples. Teleco infotainment will always be a valuable and extraordinary travelling companion for camper owners.
Teleco T-CPA70 DAB functions as an analogue or digital radio, music and video player in all popular formats, GPS receiver and reversing camera screen. One of the most appreciated features includes full integration with smartphones as a result of compatibility with Google Android Auto and Apple Car Play. This allows to safely use popular apps to listen to music, such as Spotify; manage messaging systems, such as Whatsapp; or travel with maps and traffic information updated in real time with apps like Google Maps or Apple Maps. All the above without having to type on the screen (which is, anyhow, an option), but by issuing commands managed by voice assistants, such as Apple's "Siri" or Android's "Google Assistant".

Android Auto and Car Play can be used by connecting the smartphone via a cable, thus also charging it, while the Bluetooth feature is a hands-free option to listen to music or talk on the phone without any risk for driving.
The car radio integrated in the Teleco T-CPA70 DAB system is designed to receive both traditional AM/FM and digital DAB/DAB+ frequencies for a very high quality interference-free music listening experience. In FM, the system is equipped with RDS (Radio Data System), which ensures excellent automatic tuning (AF) and offers the possibility of receiving additional information, such as traffic announcements (TA). The DAB+ system, which can also receive images and expand the information content of digital radio stations, is even more sophisticated.

A memory stick containing audio tracks in the most popular formats (MP3/WMA/FLAC), video clips or photographs in MPEG/AVI/DIVX/JPG format can be connected to the USB socket on the front. Video streaming services, such as Netflix, can also be used when the smartphone is connected. Of course, for safety reasons, this activity can only be performed when the vehicle is stationary and the handbrake is on.

Teleco T-CPA70 DAB also features a graphic equaliser, with subwoofer level and cutoff frequency control. The 4x40 watt amplifier is designed for four speakers and a subwoofer to be connected, yielding high fidelity, custom reproduction. A reversing camera, also chosen from the Teleco catalogue, can be connected to the large screen. If the device is installed in a vehicle equipped with steering wheel-mounted controls (SWC), these can be programmed and customised.

Concerning technical features, the device is built on a quad-core ARM A7 platform. It has a screen with 1,024x600 pin resolution, 16 GB for content, and 2 GB RAM. 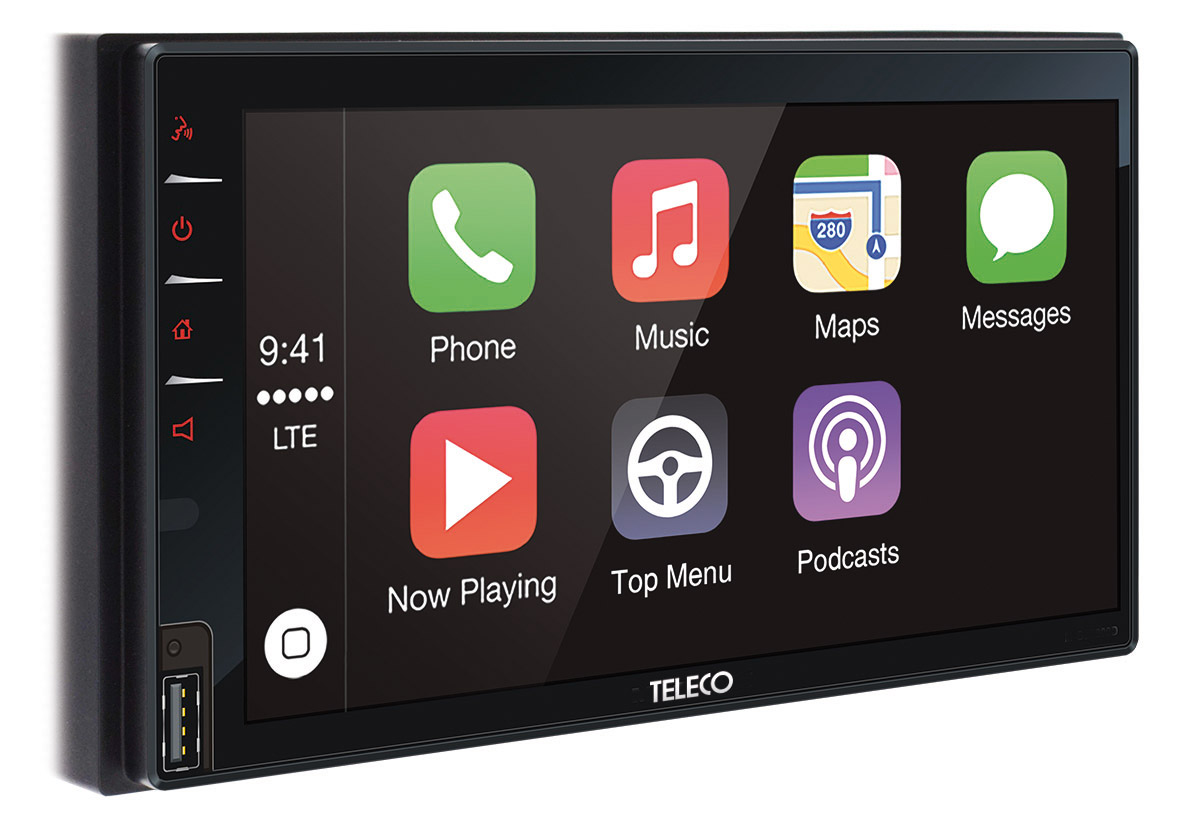 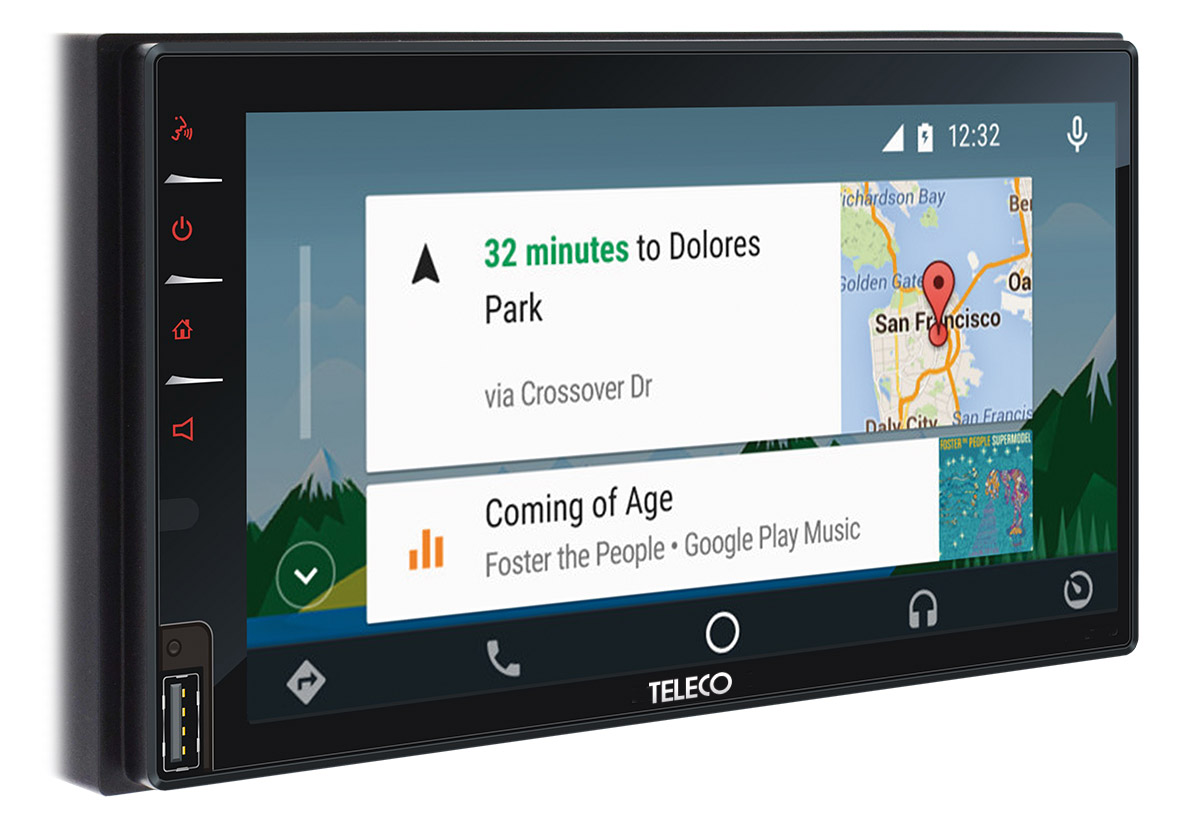 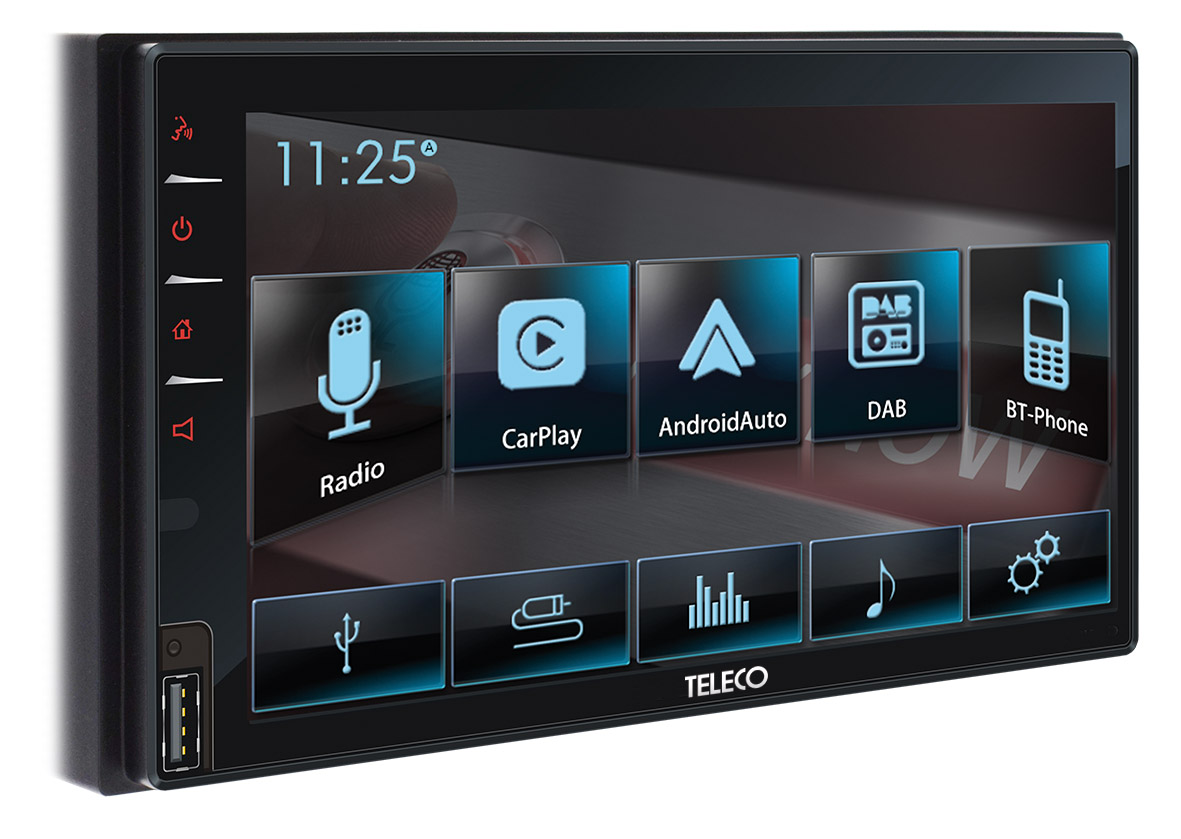 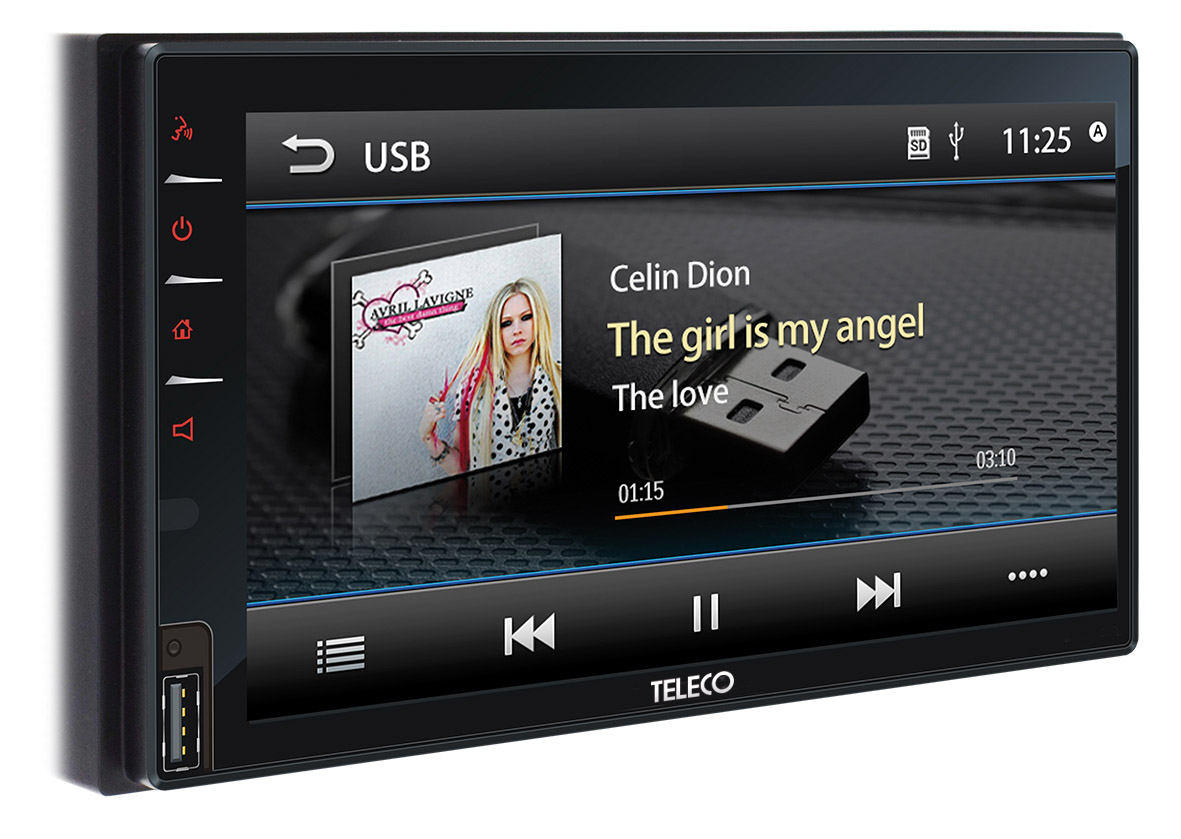