Teleco launches a new-generation satellite antenna pointer: more compact with graphic display, it can also be controlled via Bluetooth from a Smartphone and can save 16 satellite links in the Memory. 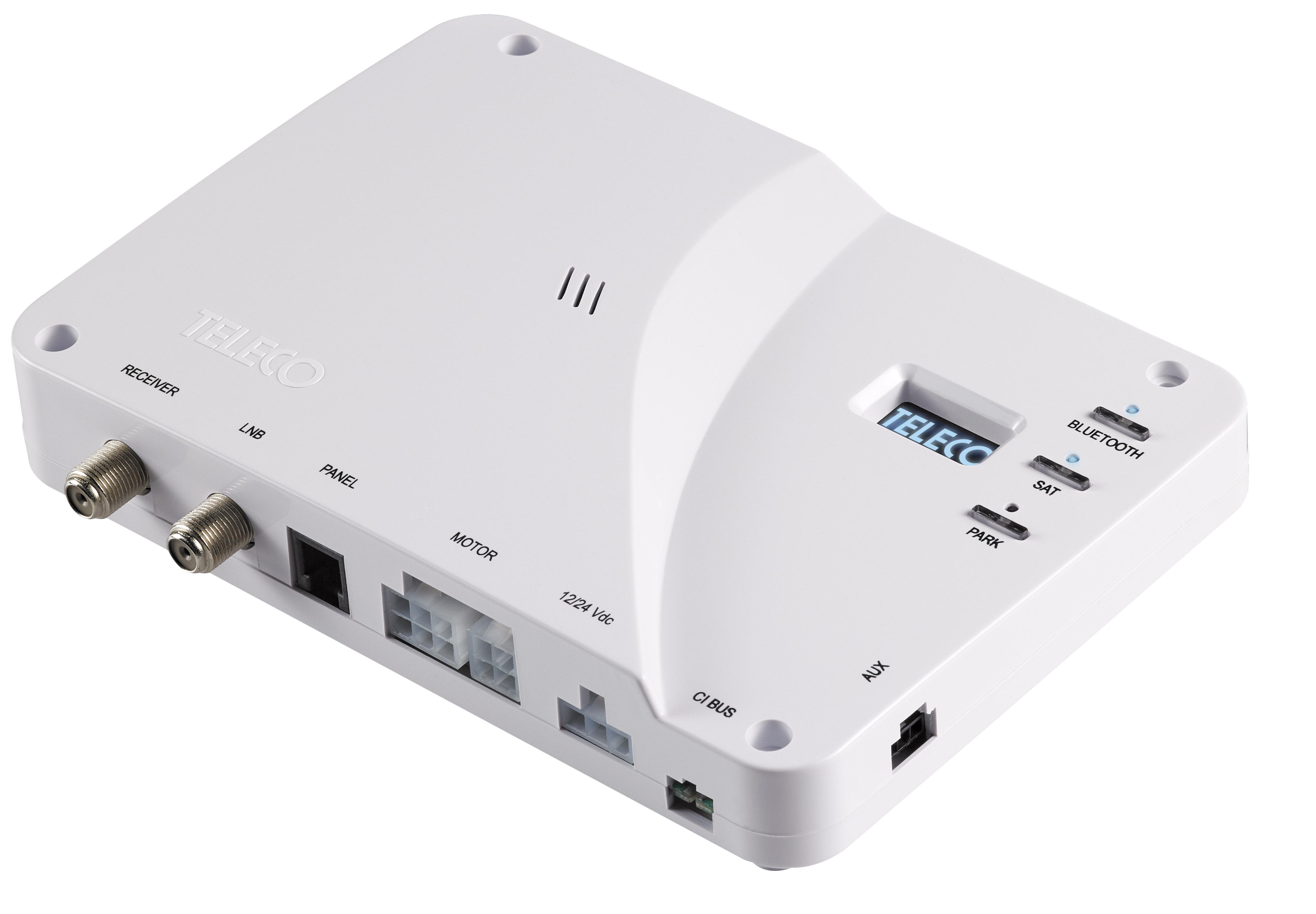 The ultimate control box for satellite antennae developed and produced by Teleco offers several features that further simplify satellite pointing. Generally, considering the delayed display of digital signals on the TV screen and the lag of TV LCD screens, pointing must be performed with very slow movements to avoid the risk of passing in front of the satellite without detecting it. Hence, Teleco has designed a precise and efficient device that connects to satellites rapidly and automatically. The new pointer increases the number of satellites saved in the memory from 10 to 16. They are chosen from those which are most extensively used. But that is not the only innovation. The electronic system has been updated using new generation microchips. The new body, which is more slender and compact, extends the installation options of the control box, which can now be installed even in small spaces. Moreover, an OLED display has been inserted on the top to manage pointing, and a Bluetooth interface has been added to link up to the Teleco APP.

Teleco App is available free of charge for both iOS and Android and features several useful and innovative functions. Select the Automatic Antenna icon to open the dedicated menu with:

The new pointer is compatible with the previous antennae fitted with DVB-S2 technology, and will be available on the market starting from September, both in kit form containing the antenna, and separately in the aftermarket.